Carrying the momentum over from last week to this week! All green and more growth from places I didn’t think to look for. This week was tiring but a milestone of many.

This week I published another 2 blog posts. One on the topic of keto carbonara and the other on losing face fat. I think I’m starting to get it down, the flow that is. The Keto Saag Paneer didn’t go as planned so I’ve decided to move efforts to keto pho. That should wrap up my shirataki series unless there’s another noodle dish I don’t know about that needs a visit. That will be my next blog post. I also found my keto grocery list is a popular landing page, so I will need to make some more updates.

This was a crazy week for me on Instagram. I will need to clean up my list. Which me into my next blog post which will be about . This week, I was able to grab 100 followers a day for 5 days. On the 6th, I ran out of steam as it does require some maintenance work. My blog post after that will be about cleaning up the Follower List as I’ve maxed out my Following numbers.

I was sitting in the café on Sunday and it hit me. For the longest I couldn’t think how I would be able to grow my other RichtoInfinity account. Then it hit me. After uploading a lot of my 360 videos on youtube and I’ve got lots of 360 content why not make it about my travels in 360. Then, an idea was born and now I’ve got 153 more than I did a week ago and the most follower count I’ve ever had for this account. Maybe one day I can be a force in travel and 360 cameras. Who knows? I’m just going to plant the seed and see where it goes.

The weirdest thing happened, I thought I got banned!!! It happened on Monday 9/2/19. From what I’m reading, I should not touch it for a week so. I used this tool I found that tells you whether you’ve been banned or not and it went:

So on the next day, I go back on my Twitter out of curiosity and I started seeing notifications, likes, and comments. It seemed by shadowban was lifted?

Just weird and strange. Anyways, I resumed my account activities . Looking back I think what set if off was following too many people at once. Luckily I wasn’t banned too long.

Steady, steady growth. The best part is that people are actually engaging with me. Not sure why since Instagram’s engagement is harder to come by. I guess in Twitter, people are actually more interested in creating meaningful relationships than Instagram where it’s all about the Likes and Follower counts.

I haven’t updated these in a while. I’m close to level 8 on Google Local Guides. And it’s been forever since I’ve done anything on Yelp. Despite my I’ve been getting followers and friend requests. Weird. Anywho, this weeks goals are to update them.

And this is just an idea, but I’m thinking of making these weekly updates into video format. It might just be easier and I’ll get to practice talking on camera. Don’t know if you know but I’m camera shy. 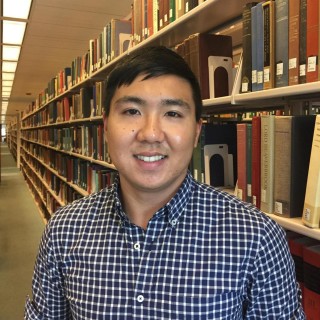